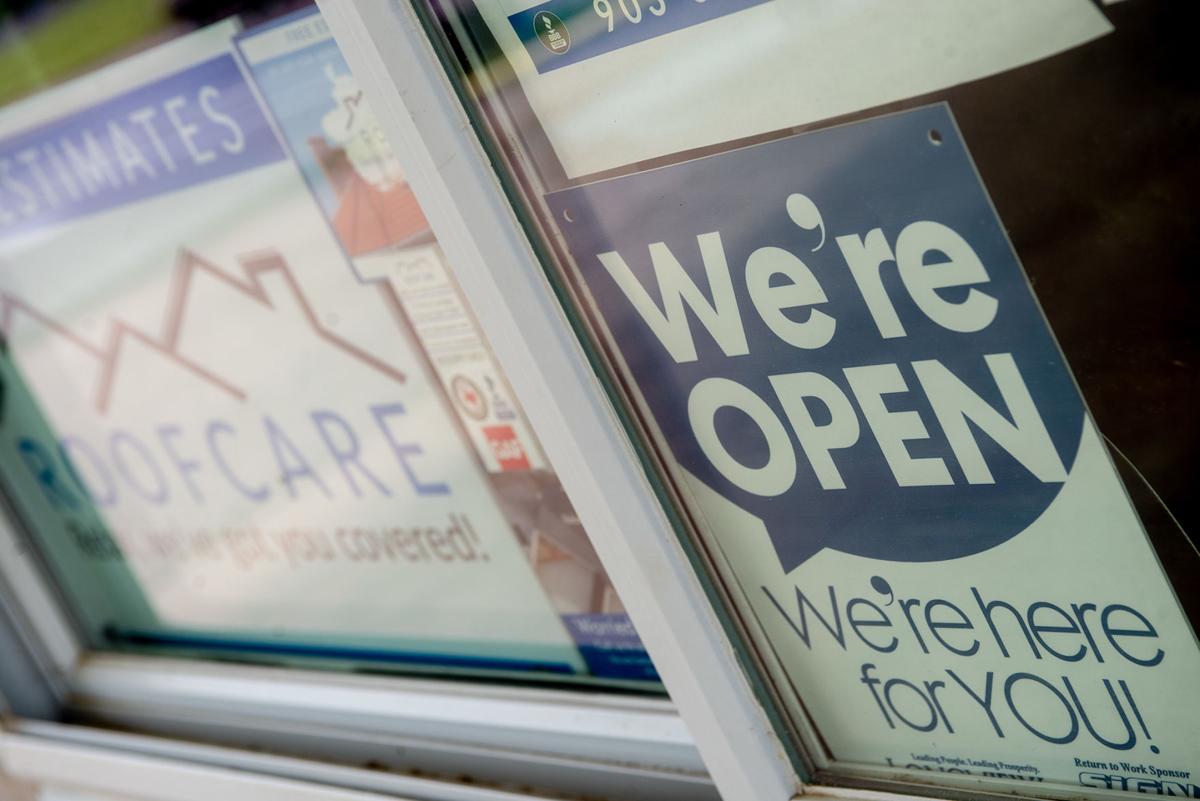 A “We're Open and We're Here for You” sign is placed in the window of Roof Care Inc. on Friday May 15, 2020. (Michael Cavazos/ News-Journal Photo) 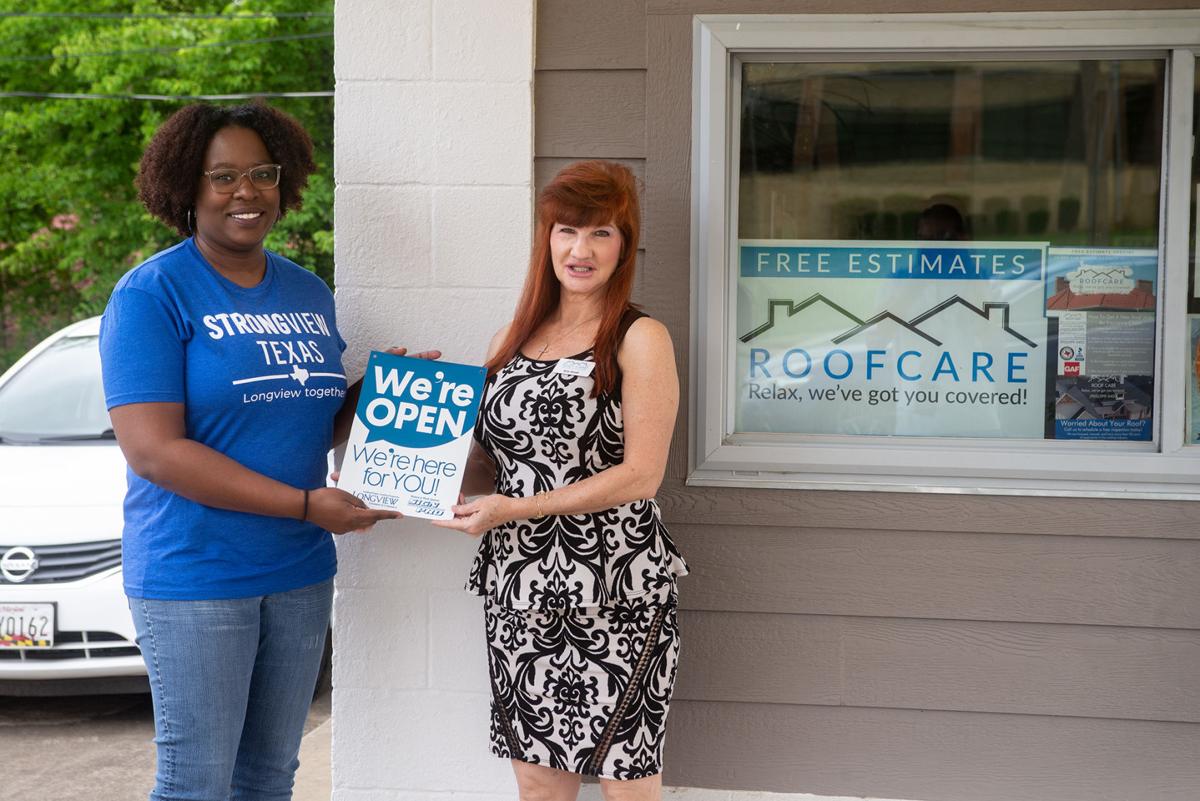 Information Services Coordinator Bianca Adams of the Longview Chamber of Commerce and office manager Kim Small of Roof Care Inc. pose for a photo with a “We're Open and We're Here for You” sign on Friday May 15, 2020. (Michael Cavazos/ News-Journal Photo)

A “We're Open and We're Here for You” sign is placed in the window of Roof Care Inc. on Friday May 15, 2020. (Michael Cavazos/ News-Journal Photo)

Information Services Coordinator Bianca Adams of the Longview Chamber of Commerce and office manager Kim Small of Roof Care Inc. pose for a photo with a “We're Open and We're Here for You” sign on Friday May 15, 2020. (Michael Cavazos/ News-Journal Photo)

In a time when social distancing restrictions and executive orders might confuse people about what businesses are open, two Longview entities are helping retailers go beyond the traditional neon “open” sign.

This month, employees and volunteers for the Longview Chamber of Commerce have distributed or posted signs at almost 150 locations around the city.

The signs state "We're Open and We're Here for You" and were produced by local business SignPro.

"I did notice, for some businesses, it was hard to tell if they were open," Chamber President/CEO Kelly Hall said, but the signs provide a way to eliminate that confusion.

Meanwhile, another business has created a way to bring camaraderie and togetherness among Longview companies.

Global Graphics is selling T-shirts with the phrase "Strongview Texas — Longview together" across the chest area.

Hall said Global Graphics' owner Jason Withrow "and his team wanted to do something to encourage businesses to stay strong during these uncertain times."

Companies can buy the T-shirts for $6 each, though it must be a minimum order of 12 shirts.

"He’ll even put your company logo on the back for no additional cost," Hall said.

Withrow was trying to figure out a way to help small businesses when his brother, Jeremy Withrow at the Kilgore location suggested the phrase.

"Three Fridays ago, my brother called and said, ‘What do you think about Strongview?," Jason Withrow said, "and I thought, 'Hey that’s it.' "

A logo was soon drawn up, and Global Graphics began selling the T-shirts May 1. Since that time, 40 businesses have joined in the Strongview movement, he said.

"If I could sum it up in one word, it’s excitement, which is so great to see, because you can just watch the news and see the struggles that our city and country are going through," Jason Withrow said, "but to see something our small businesses are excited about makes it all worth it."

He credited the Longview Chamber of Commerce and Hall for giving small businesses the information and support that has been "very, very helpful" during the recent economic downturn spurred by the global COVID-19 pandemic and the oil glut.

"Kelly over there has just been phenomenal for the small businesses and the things that they’re putting out to help us understand things," Withrow said.

For Chamber members interested in the "We're Open and We're Here for You" signs, email Hall at khall@longviewtx.com .