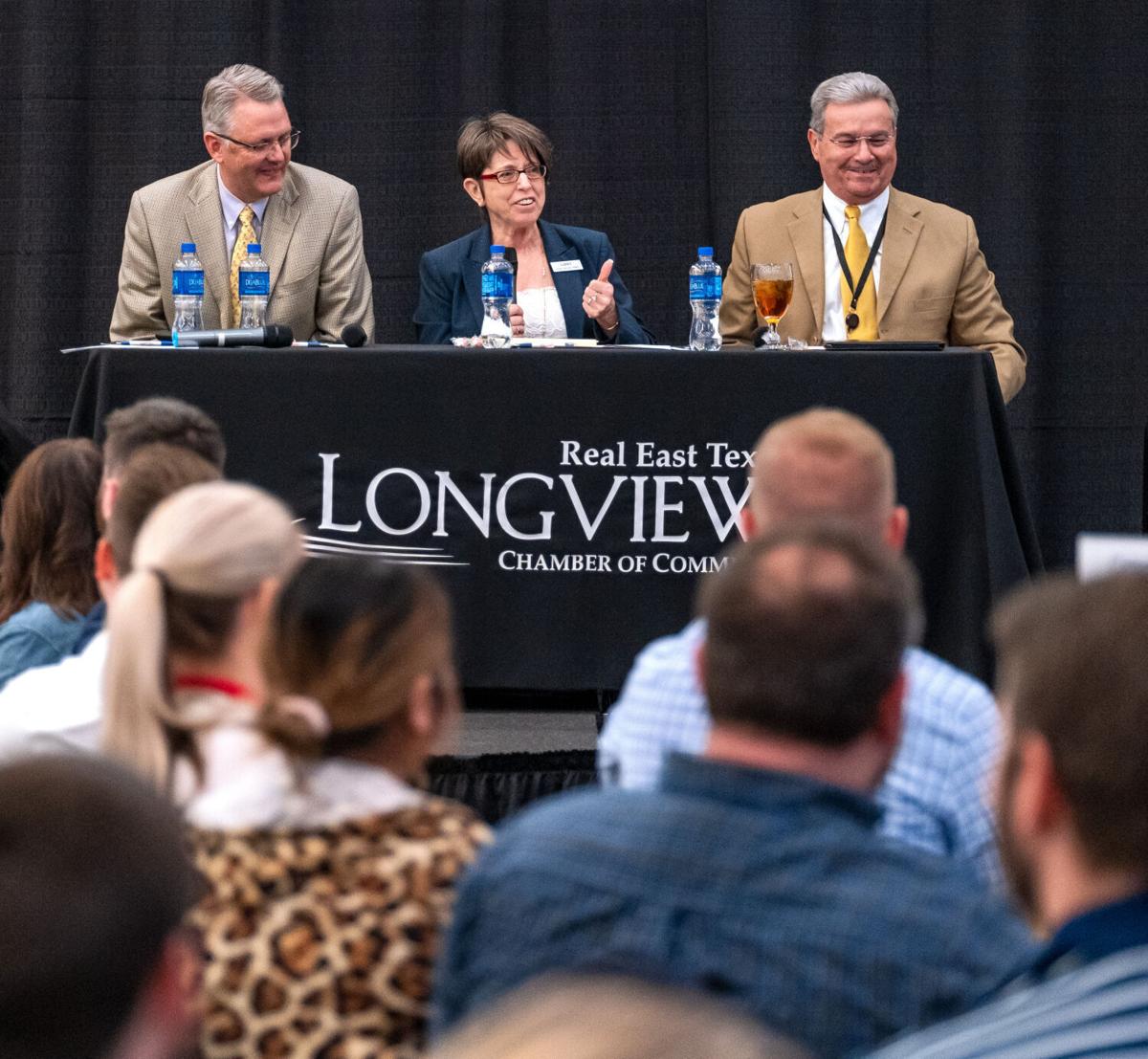 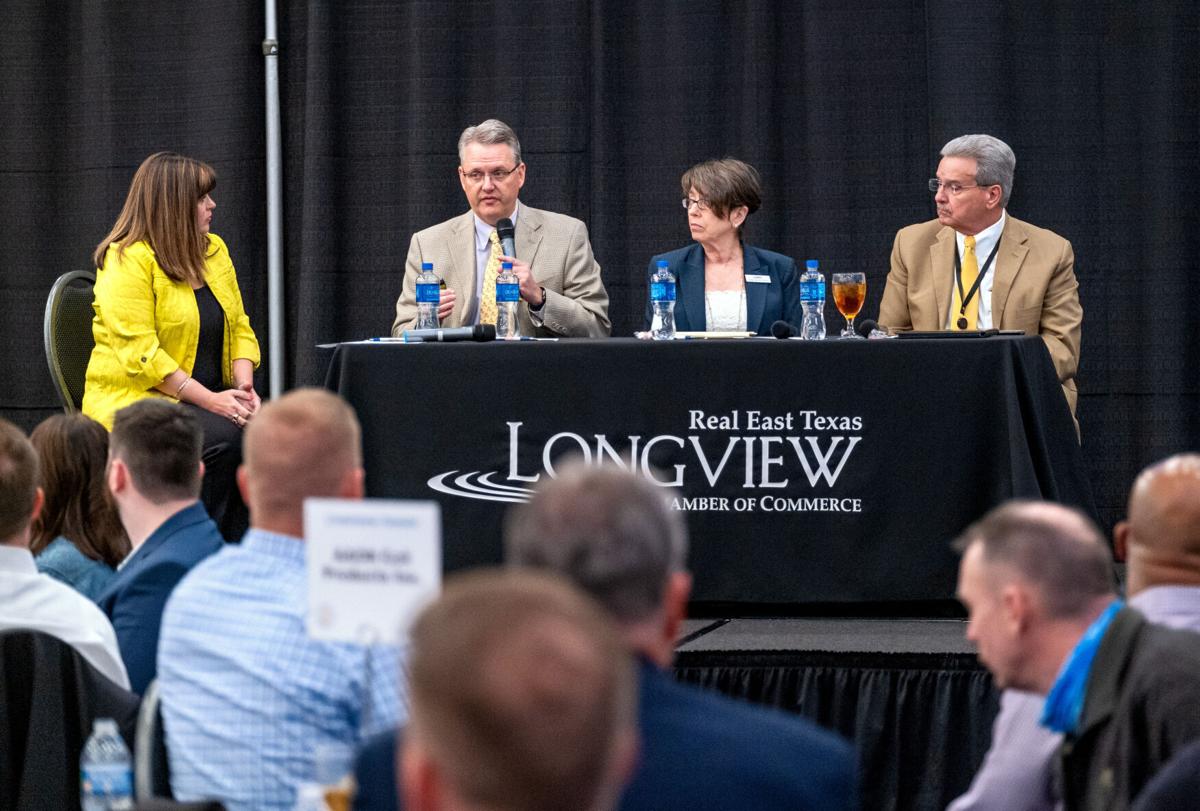 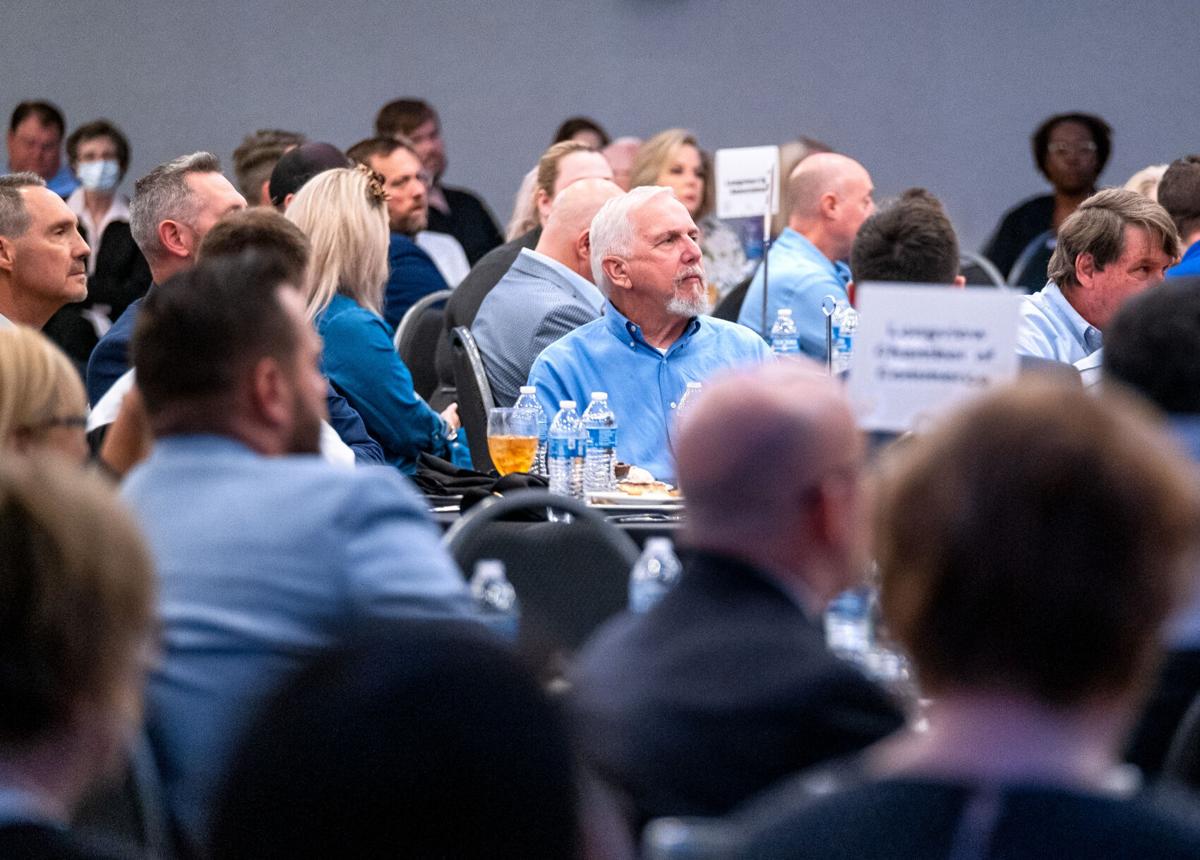 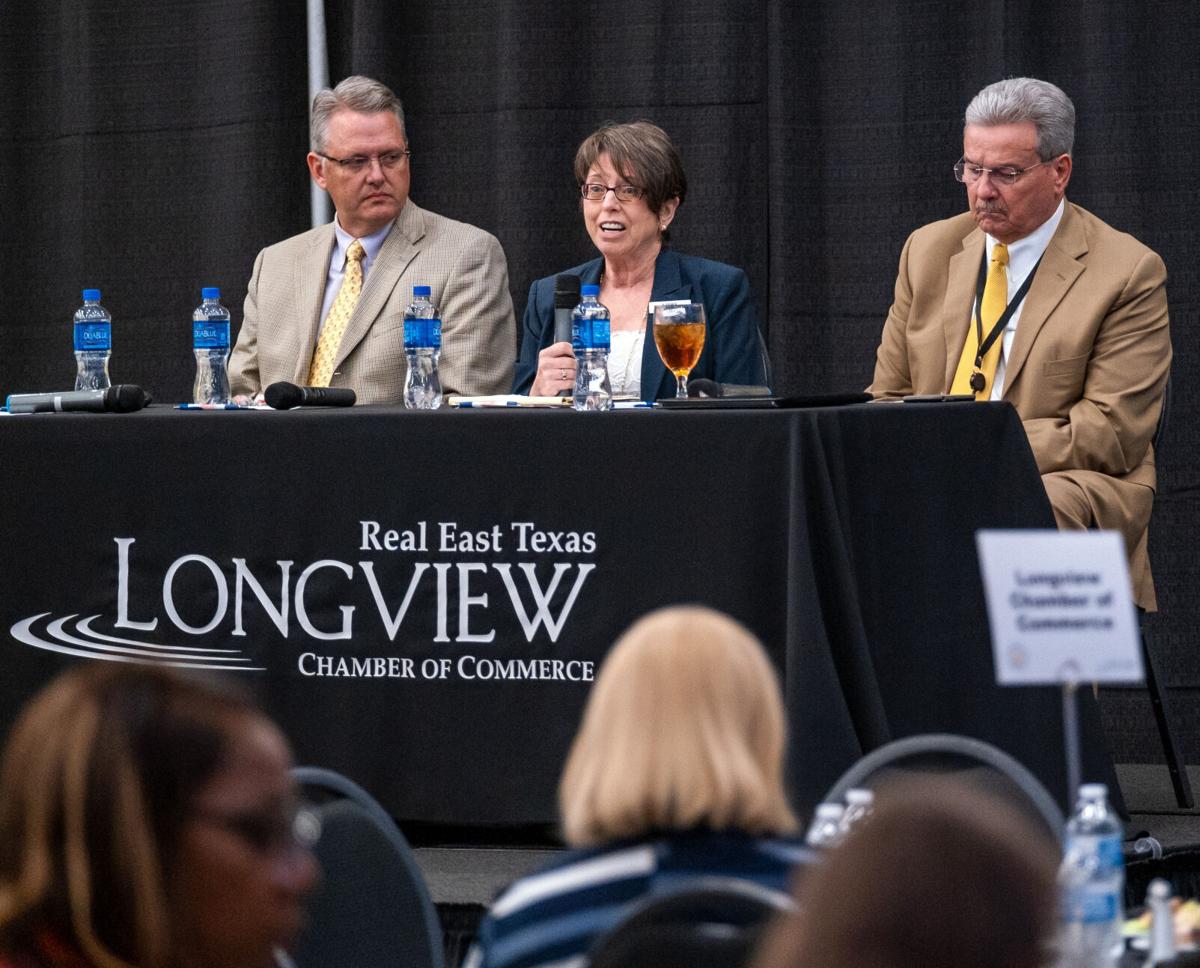 Residential properties are “one bright spot” highlighted Thursday during the Longview Chamber of Commerce’s first State of the Economy Summit.

Libby Neely, chief appraiser with the Gregg County Appraisal District; Gregg County Judge Bill Stoudt; and Longview City Manager Keith Bonds presented their assessments of how the local economy has been affected by the COVID-19 pandemic and what they expect going forward. Neely described residential values as a “bright spot” during her overview of the local economy.

“In 2020, we had the most new residential construction that we have had in several years,” Neely said, and added that she tracks housing construction starts, subdivision activity and available lots.

“We had more construction (in 2020) than we had in the last five years,” she said, but she added that the cost of construction has increased, with moderately priced properties costing “upwards of $97” a square foot.

The local inventory of homes that are for sale is “rather tight,” she said, with the number of days that homes are staying on the market “drastically reduced.” Sales prices have been running at or above the asking price, Neely said.

“I’m hoping (the housing market) is going to moderate just a little bit,” she said. “It’s beginning to look inflated.”

She described the retail sector of property values as a “mixed bag.”

“These guys were already competing with online sales,” she said, and the shutdown of many Texas businesses in 2020 cause many of them to “think outside the box for their operations.”

“Everybody was pretty ingenious,” she said, but there were just some retailers that weren’t able to adapt.

The biggest losses have been seen in mom-and-pop stores, Neely said.

The appraisal district has been talking to retail and building owners and isn’t at this time hearing about vacancy problems. The Texas Workforce Commission has previously reported that the Longview area’s unemployment rate in January was 8.1 percent, compared with 7.5 percent in December and 4.2 percent in January 2020.

“But what we’re hearing is, not yet,” she said.

Property value hits will be seen in the entertainment sector, including bowling alleys and movie theaters.

“These guys will have their values adjusted this year,” she said.

The oil and gas industry has contracted, she said, and added later that gains in the residential sector will likely not make up for other losses.

Chamber of Commerce Board Chairwoman Dana Parr opened the summit Wednesday at the Holiday Inn Infinity Event Center with a nod to the state’s full reopening, after local and statewide business closures and event cancellations during the past year because of the pandemic. She said those in attendance were “all grateful to be able to meet together in person.”

Bonds, the city manager, used a variety of charts and graphs to illustrate how COVID-19 has affected the city’s revenue sources, at one point showing a sales tax chart he said shows the “u-shaped” economy.

He started to say “unfortunately,” before correcting himself and saying “Fortunately, I think we’re at the bottom.”

He noted previous federal funds the city received helped deal with some of the losses the city has experienced, including helping to pay for first responders’ salaries. The city also is on target to receive another $17.35 million in federal funding from the recently passed stimulus package.

Federal funding and the continued diversification of the economy is “sustaining” the economic outlook, Bonds said.

Stoudt, the county judge, was optimistic about the economy.

“The economic outlook for Gregg County, I think, is great,” he said, predicting an “economic turnaround” for the county.

He highlighted revenue losses the county experienced because of COVID-19, and ways federal funding has and will assist the county. The county is expected to receive $24.5 million from the recent stimulus bill.

“It’s like money falling from the sky,” Stoudt said, adding he wants to be certain of the program guidelines before spending any of the money.

But he also focused on other success stories in the community.

“Our vaccine hub is a blessing,” he said of the hub operated at the Longview Exhibit Building by Christus Good Shepherd. The effort has administered a little more than 30,000 vaccines, and is going to be a “state model,” Stoudt said.

The state wasn’t sure about the request for a hub here, he said, agreeing to provide 900 vaccines the first time. Next week, the state is shipping 9,000 vaccines here, he said.

Stoudt also pointed to local and state transportation projects, some of which have been delayed because of funding issues caused by COVID-19.

“Had we not hit COVID, we would be way down the road on these projects,” he said.

“In five to seven years, you will not recognize the activity,” he said, adding that the transportation projects are “exciting.”

This COCA Call will present the latest evidence on cerebral venous sinus thrombosis (CVST) with thrombocytopenia associated with the administration of the Johnson & Johnson/Janssen COVID-19 vaccine. Speakers will discuss what is known about CVST, the importance of early detection, and up…

Episode 23: What is Source Control?

Episode 23: What is Source Control?